Burakumin (部落民) or Buraku people, is a designation or label given by the Japanese government during the Edo period.  In modern times, discrimination against a social class that is considered 'lowly' can be found among the Japanese homeless. This study describes the forms of discrimination in Japan during the Edo Era and the Modern Era, and how these forms of discrimination are represented in the Homunculus comic Volume 1 by Hideo Yamamoto (2021). The research method used is the historical method and the cultural studies approach. The result of the study shows that discrimination in the Edo Era was carried out by separating the places of residence of those with ‘lower’ occupations. A form of discrimination in the modern era is found in the actions of the Japanese Government which tried to expel and hide the homeless from public places during the 2020 Olympics to get a ‘clean’ image of Japan. The form of discrimination represented in the Homunculus comics volume 1 by Hideo Yamamoto (2021) can be seen in the treatment of the main character, Susumu Nakoshi, who discriminated against homeless people living in Shinjuku Park, Japan. 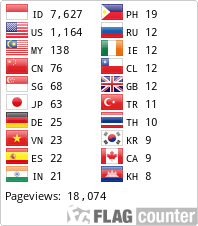